So, the other day, I took the kids to McDonald’s after my daughter reminded me that I had promised her a trip there at some point in the week.  On a side note, I’ve got to stop doing that.  Because I may forget, but she definitely won’t.

The three of them were sitting at a little table with cute little stools, having a perfectly nice time and then it changed.

In came a young black man, maybe 19 or 20 years old.  He was wearing a construction vest and seemed to be on his lunch break.  This isn’t really noteworthy, in and of itself.  What was noteworthy was the fact that he was blaring his music through his portable speaker.  Everyone in the restaurant looked up and looked vaguely annoyed.  And, they should; it was really rude.

As “luck” would have it, he sat down near us.  He set his speaker on the table and started to eat his lunch.  I looked at the kids and realized how quiet they had gotten.  Suddenly, to play with their kids meal toys together, they would have to practically yell across the small table to hear each other.  Initially, I was planning on handling it like I handle most situations.  I was going to look around at the other customers in hopes of exchanging solitary annoyed glances. (Check) I was going to glare at him.  (Check) I was going to watch in shock as employees walked by him and said nothing. (Check) I was going to point out to my kids how rude he was being so they would know to never do something like that. (Check)  I was going to wish my husband was there so he would say something. (Check)  And, I was going to leave with irritation, dwell on it, and complain about it on Facebook (Check, except I’m going with blog post, instead, haha)  But, then I started listening to the lyrics.

I heard lyrics about “kissing me on the thigh” and something about drinking a lot of alcohol.  Now I am no prude, but I also want to have a bit more control over what my children hear at McDonald’s on a Friday afternoon.  But, it was when the n-word started popping up repeatedly in the song that I started to really get upset.

I looked at my kids.  The boys were just sitting there, not saying anything.  And, Lizzie was covering her ears.  Then I knew it was time.

I got up and went to the counter.  I waited until I saw the manager walk by and called to her.

She came over and I said “My kids have been looking forward to this all week.  Now they have to sit here and listen to the n-word flying around and other inappropriate lyrics.”

She looked genuinely surprised as if she was unaware.  Maybe she was in the back?  Either way, she went to him and told him to wrap it up and I heard him ask “Did she complain?”

Utilizing my new found courage, I said “Yes, I complained!  I’m glad that you are not offended by the n-word but I am and my children are.”

Then I thanked the manager for her help and sat down.  I was shaking from the adrenalin rush of potentially inviting conflict and the pure emotions that the n-word brought out in me.

I should point out that I was the only white person in the situation.  All the employees (that I saw)including the manager were black and, of course, the guy providing the musical entertainment was also black.  So, there was a bit of irony involved in the white girl getting all worked up.  But, this white girl is the mother of 4 awesome black children who should not be subjected to that word.  And more importantly, they should not hear the message that the word is not a big deal.

Anyway, immediately after the encounter, I sat down and had a heavier conversation than I had intended when we walked in a few minutes earlier.  I talked about how horrible of a word it is and how much power it has.  I acknowledged that it was common to hear the word in various rap songs and that some of the black community use it in an effort to “take it back” and make it their word.

Recently, we had a similar conversation with Kaleb, the resident teenager, who listens to songs that commonly include the n-word.  He and his white friend were jokingly calling each other cracker and the n-word.  I didn’t know about it until it trickled down to Willliam, my second oldest.  Brian and I were appalled that they were joking back and forth using those words.  We told Kaleb not to use cracker and not to allow others to call him the n-word and firmly disagreed with his belief that adding an “a” instead of “er” makes it not a big deal.  I was relieved that Brian was there for that one.  He is very good at those conversations and he explained to Kaleb how hurtful the word could be.  Fortunately, the friend’s mother backed us up.  I’m not naïve, though, they probably still use the words.  But, at least, there will be no confusion on what our opinion is.

Maybe that’s evidence for the theory that rap is making the n-word ok or maybe it’s a coincidence.  All I know is that I will not condone the word.  I will not ever condone making my children’s identity about nothing more than their color.  But, at the same time, their race is part of their identity and I want them to be proud of it.  It’s complicated.

No matter what, they are going to deal with racism in their lives.  They will be judged for being black.  If they make bad choices (and they will) at some point in their lives, their actions will reflect on the race, not just on them,  And, one day, Antwan might have more trouble getting a call back for a job because he has a clearly African American name.  Lizzie might be labeled as a typical black woman when she gets good and mad about something.  (Knowing how worked up she can get, I guarantee she will get worked up in the future.  But, it’s because she’s Lizzie, not because she’s black.)  Sales Associates might watch William more closely when he walks through the store with his hoodie on.  And, Kaleb, with his loud, boisterous personality which can turn into grumpy teenager personality on a dime, might be labeled as an obnoxious black kid.

And, it won’t be fair.  And it won’t be under my control.  But, on this day, it was.  On this day, I was able to shield my younger children from a hateful word.  I was able to remind them that they are more than that, that they don’t deserve to be called that.  And, I don’t care if it’s in a rap song from “their people,” from a white supremacist, or by a neighborhood friend.  They don’t deserve it.  On this day, I was able to protect my children.  And, I did.  Quite frankly, I don’t think I’ve ever been more proud of myself.  I actually spoke up!  But, that’s really not the point.  The point is that some random rude guy at a McDonald’s shouldn’t influence my children’s perception of the world.  And, he darn sure, shouldn’t interrupt a good game of Transformers and Paw Patrol. 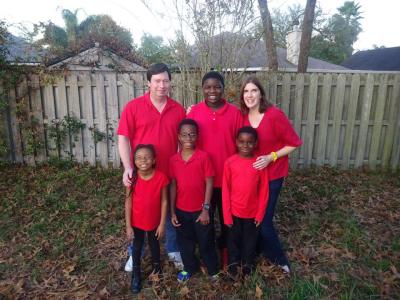 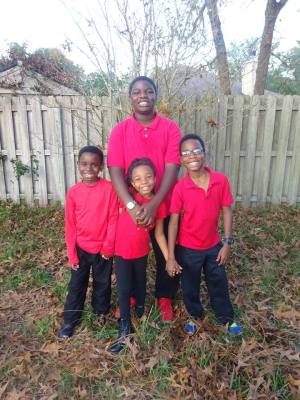 20 thoughts on “Should My Black Kids Have To Hear The N-Word?”